These easy homemade pork wontons are juicy, delicious and simply the best.  Made with simple authentic ingredients you’ll never go back to the packaged stuff!  These pork wontons are easy to make and freeze beautifully.  Make a batch ahead of time and pull them out for a quick weeknight dinner.  Serve them with my easy dipping sauce as an appetizer or in noodle soup for a cozy meal.

Wontons are thinly wrapped morsels of minced meat or vegetables.  The wrapping is usually made of wheat and eggs.  Every Chinese region has their own version of wonton fillings with various seasonings.  The most recognizable ones are probably Cantonese wontons which are usually a mixture of pork and shrimp.

Wontons can also be cooked a variety of ways – deep fried, pan fried, steamed or boiled.  The most common are probably deep fried with a sauce or boiled with a flavourful broth (usually chicken) with or without noodles.

What’s the Difference between Wontons and Dumplings?

Wontons and dumplings are pretty similar!  I’m strictly talking about Chinese dumplings here but the biggest difference is the wrapper.  Chinese wontons are square in shape, generally have a thinner wrapper than their dumpling counterparts and have egg in them giving that distinct yellow color.  Dumplings on the other hand are circle shaped, thicker wrappers and are usually white.

The fillings in wontons are generally pork, chicken, shrimp and sometimes vegetables.  Generally simpler.  Dumpling fillings are more varied with all kinds of proteins (chicken, pork, beef, fish etc) along with mushrooms and any kind of vegetable you can think of.  The reason being their thicker wrappers can handle heavier fillings without bursting.

Last but not least, wontons are more delicate and smaller in size and dumplings are generally meatier and larger – I call a wonton a ballet dancer and a dumpling a football player 🙂   There are also a bunch of different ways to wrap a wonton from a square, triangle, bonnet or ruffled sack.  Dumplings generally only half moon shape with or without ruffles.

My pork wontons have a simple filling that is easy to make without a lot of leftover ingredients.  The flavour is delicate and mild tasting so it’s hard not to eat a whole bunch at once!

This is the main ingredient in my pork wontons.  For extra juiciness I would recommend a medium pork mince but a lean mince is fine too.  The added egg makes sure the filling is tender and luscious.

Chives add a delicate sweetness and ensure the pork wontons are tender.  I use yellow ones because they are more mild than green ones.   Either are great!  If you don’t have chives, scallions work great too and give a stronger oniony flavour to the wontons.

Grated ginger adds a nice bite to the dumplings.  Without it, the filling is rather bland and lacks flavour dimension.

An egg ensures a nice pasty consistency to the filling and ensures it’s not crumbly.  Other recipes call for blending in a food processor or stirring it till it reaches a paste-like consistency.  I find it’s a little too much arm grease to accomplish and the egg is way easier.  The wonton wrapper has egg in it already so you’re just highlighting this important ingredient.

Given the thin wonton wrapping, I wouldn’t recommend any fillings with too much water content and keep it simple.

Instead of pork, you can try chicken instead.  Chicken generally has a smoother texture and also delivers a juicy wonton.

I highly recommend adding shrimp to wontons!  If you’re combining it with pork/chicken I would do a 1:1 ratio.  The smooth texture and sweetness of shrimp is what makes a classic Chinese wonton.  I would even recommend doing an all shrimp wonton!  Cut the shrimp into bite size pieces so no need to splurge on large size shrimps.

Mushrooms are a lovely addition.  Brown, shiitake or enoki are good options.  I would recommend cutting them thin and no larger than a fingernail size.

Instead of chives or green onion, cilantro is also a great option and offers a nice herbaceous note.

Any Chinese vegetable would be a great addition such as bok choy, yu choy, watercress, spinach etc.  I would recommend chopping up the vegetables thinly and squeezing out excess water or else the filling will become too watery.  Don’t go for more than a 2:1 ratio of protein to leafy vegetables.

How to Wrap Pork Wontons

There are many different ways to wrap a wonton but I stick to the “ingot” style since it’s classic and it’s the way I grew up eating it.  The wontons look like little hats and the corners are pointed so the wrappers almost act like a noodle when cooked.  If you’re new to wonton wrapping, simply fold them into a triangle.  The excess wrapper will float beautifully (like a noodle) in soup!

How to wrap pork wontons – video

How to Cook Pork Wontons

If boiling directly from frozen, extra cooking time will be needed. Place frozen wontons directly in boiling water (no need to thaw) and follow the same steps. Wontons will float to the top when done cooking.

In addition to wonton soup, add some wonton noodles and make it a healthy meal!

Serve boiled wontons on a plate drizzled with a tablespoon of dipping sauce included in this recipe.  Garnish with finely chopped scallion. Serve the extra sauce on the side.

Pork wontons freeze beautifully and make a great quick meal!  To freeze wontons, place them on a single layer (without touching), cover with plastic wrap and freeze overnight.  Transfer into a freezer bag after and will keep for 2 months.

Storing in the Fridge

You can also store uncooked wrapped wontons in the fridge for up to 2 days.  Line your storage container with paper towel and cover over your wontons before placing the container cover.  This will prevent excessive moisture in your container and make the wontons soggy.  This won’t affect how they cook but will be harder to handle during cooking.  The paper towels might imprint on the wontons but also won’t affect their taste.

Where can I buy wonton wrappers?


Wonton wrappers can be found in the refrigerator section of most Asian grocery stores.  Make sure they are square in shape, yellow in color and eggs are included in the ingredients.  The wrappers should also be thinner than dumpling wrappers. Can I substitute dumplings wrappers for wonton wrappers?


Dumpling wrappers are similar to wonton wrappers.  If substituting them for wonton wrappers, you’re essentially making dumplings!  If so, seal them as half moon shapes instead of following the instructions for making an ingot (hat) shape.

What is the difference between dumplings and wontons?


They are similar in the sense that they both have fillings.  But the biggest difference is in the wrapper – dumplings have thicker wrappers compared to wontons which are thinner and have egg in them.  Wontons are generally more delicate and smaller compared to dumplings.

How do I know if my wontons are fully cooked?


If you’re boiling or deep frying wontons, fully cooked wontons will float to the top.  Cook for an extra 1-1.5 minutes and remove carefully with a slotted spoon or strainer (see how to cook wontons section).

What if my wontons are sticking to the bottom of my pot?

Wontons should float to the top when done cooking. I usually stir the pot halfway while cooking to check. If some are sticking, wait an extra two minutes and gently nudge them free with a slotted spoon by gently scraping the bottom of the pot.

What is pork wonton soup?


Pork wonton soup is pork wontons in soup.  The soup base is a clear broth, usually chicken with added flavourings like rice wine, sesame oil, white pepper and garnished with green onions.  Most restaurants will also add chicken powder/bouillon.

Deep fried wontons are generally not as healthy as boiled wontons due to the fact they are cooked in oil.  The wontons themselves are light and delicate with low sodium and fat content.   A great healthy meal!

What to do with leftover wonton/dumpling filling?


Using up all the filling for your wonton/dumpling wrappers is like winning the lottery. Instead of squeezing extra filling into those last 10 wrappers or making smaller wontons, that filling is perfect for other uses! You can:
– Shape them into little fritters and pan fry them
– Spoon drop them in hot broth without wrappers to make tender meatballs
– Brown the filling in a non stick pan and add beaten egg to make an omelet
Serve all the above options over steamed rice, hot noodles or pasta!

What to do with leftover wonton/dumpling wrappers?


Don’t throw away those unused wonton/dumpling wrappers! Cut them in strips and fry them up to make crisps perfect for topping salads, soups/stews or noodles.

For other classic Chinese recipes check out: Ellen
These easy homemade pork wontons are juicy, delicious and simply the best. Made with simple authentic ingredients you’ll never go back to the packaged stuff! Serve them with my easy dipping sauce as an appetizer or in noodle soup for a cozy meal.Makes 25-30 wontons and ¼ cup of dipping sauce
5 from 1 vote
Print Recipe Pin Recipe
Prep Time 30 mins
Cook Time 6 mins
Course Main Course, Side Dish
Cuisine Cantonese, Chinese
Servings 4 people

Notes: Note 1: Dried out wrappers are harder to wrap with and don’t seal as easily.  They are also difficult to make soft again.  If only slightly dry but the wrapper is still flexible, they can probably still be used.  Otherwise, I would discard them. Note 2:  When sealing the wontons, have firm pressure and avoid sliding your fingers since it will risk tearing the wrappers.  Press and tap along the edges instead using the side of your finger. Note 3:  It’s perfectly fine to leave wontons as triangles!  If you’re finding the ingot shape too difficult, stick to just a triangle 🙂 Note 4:  Don’t overcrowd the pot when boiling.  Wontons should be able to sit in a single layer at the bottom of the pot about 1 inch apart.  Personally, I cook about 10 – 12 wontons in a single batch in a medium 8 inch pot.  If the wontons are sticking , wait an extra 2 mins and gently nudge them free with your spoon. Freezing Instructions If freezing wontons, place all in a single layer in a baking sheet and cover with plastic wrap.  Put in the freezer overnight.  Transfer into a freezer bag the next day. Wonton Filling Ideas You can mix and match all kind of fillings.  Depending on your ingredients, the number of wontons you make will vary (each wonton will require about 1 tsp of filling)
Keyword pork wontons
Tried this recipe?Let us know how it was!
Share
Pin8
Yum
Flip
Pocket
Email
8 Shares
Previous Post: « Pork Chow Mein with Bean Sprouts Stir Fry – Easy Recipe
Next Post: Quick and Easy Wonton Soup with Vegetables »

I’m the voice, recipe creator and photographer behind Busy but Cooking. I’m a busy mom of 2, business owner and food fanatic! I’m dedicated to creating fast, approachable and delicious recipes inspired by my Cantonese heritage and world travels. My perfect day would include hitting the gym followed by a saucy umami rich bowl of carbs 😉 oh yeah, and chocolate isn’t bad either :) Learn more → 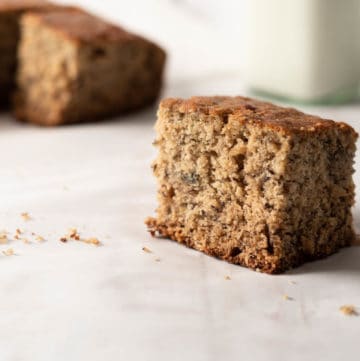 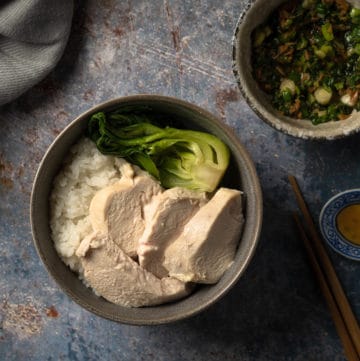